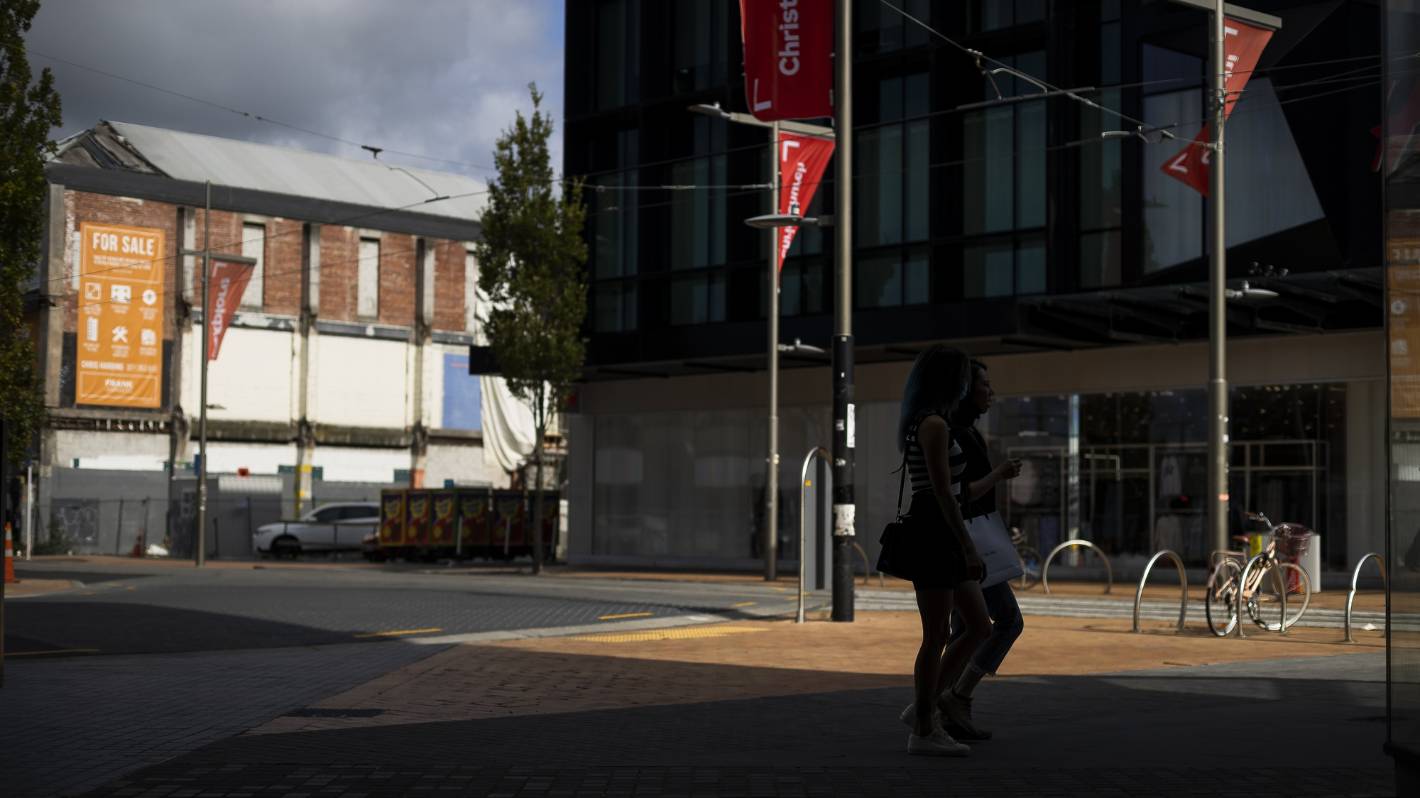 While the Government may have accepted Covid-19 is here to stay, transport data suggests many Cantabrians are still avoiding Christchurch’s central business district as far as possible.

New Google Movements data, tracked using smartphone locations, showed the Omicron variant of Covid-19 has been far from mild in its effects on central cities around the country, as more people opt to, or are forced to, work from home.

Of the regions with New Zealand’s three largest cities, Canterbury had the least disruption over the past five weeks.

READ MORE:
* Omichronicles March 11: ‘Mild’ Omicron floored me
* Wellington’s empty and sad – where are the ideas to revive it?
* Buy local: Why should we care about the success of local businesses?

The number of people going to work is at pre-pandemic levels (up one per cent), though time spent at home is also up six per cent, suggesting some are sheltering in place or isolating.

Public transport use was down 36 per cent, above the national average, and shopping at retail centres and essential services like supermarkets and pharmacies were up 6 per cent and 20 per cent respectively.

Chris Hipkins told Q+A he believes there is “certainly more infection in the community than the testing numbers will be showing”.

Between March 3 and March 9, a total of 3838 cars used the Lichfield St parking building, and just 221 drivers used the Art Gallery car park.

For that same period last year, 5855 cars had parked at Lichfield St, and 735 cars had used the Art Gallery lot.

Council also collected foot traffic and cycling numbers from around the central city, which showed a similar trend.

Foot traffic data, recorded at two different spots in the CBD, showed 14,818 walkers from March 4 to March 10, and 15,206 for an equivalent week last year.

However, city council head of transport Lynette Ellis said over the last couple of years the pandemic had caused a lot of variation to normal traffic patterns.

“It is likely that people have been overall taking less trips over the last few years due to Covid conditions, especially in relation to utility and commuting trips by all modes.”

Public transport had taken a hit too.

In the week from February 28 to March 6, regional council Environment Canterbury had 180,256 rides across all of its Greater Christchurch bus and ferry services.

To compare, in the first week of March last year, there were 227,405 rides taken on public transport.

Canterbury Employers’ Chamber of Commerce chief executive Leeann Watson said it was having a significant impact on businesses.

“[There has been] a significant drop off in revenue for hospitality businesses in the centre city – and the malls too, I suspect.”

Since New Zealand moved into the red level of the new traffic light framework, Omicron had started spreading through the community, meaning more people catching Covid-19 and having to isolate at home.

That translated to less customers at local businesses, Watson said.

“Businesses have been through an incredibly tough couple of years. If we want our businesses to survive, we need to get out and support them.”

If Christchurch wanted to be an attractive tourism destination in the future, it needed a vibrant CBD, Watson said.

“When we get out of this, we want to make sure these businesses are still there.”