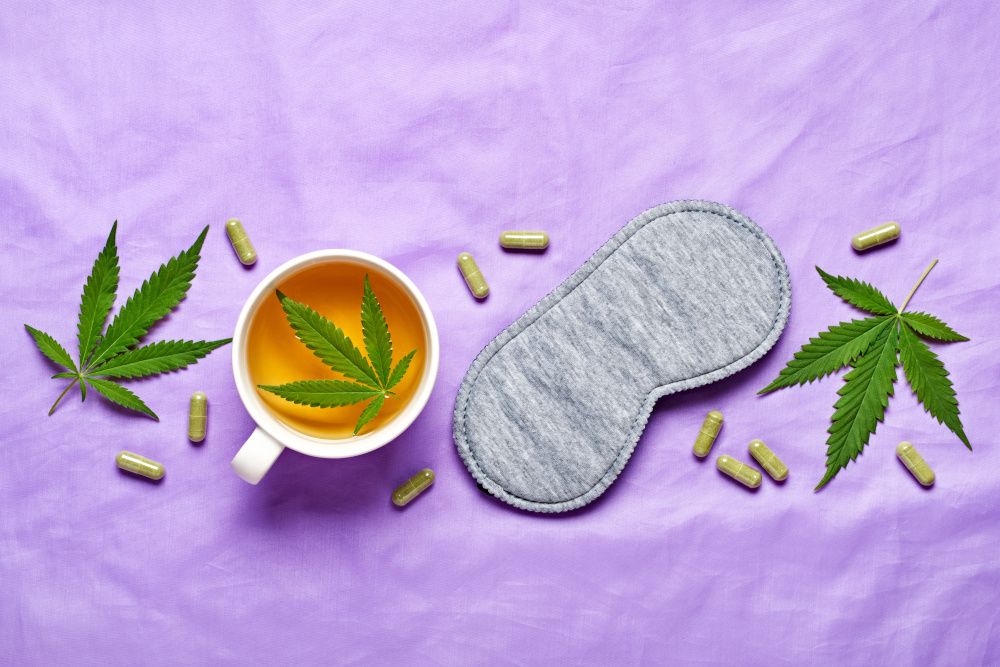 Depending on who you ask, cannabidiol (CBD) is either a miracle cure or a placebo, a stress reliever, mood booster, pain killer, or inflammation fighter. For troubled sleepers, however, it’s a possible reprieve as research, though limited, gains steam. “Currently, there is not enough research on CBD’s effectiveness with sleep disorders, but preliminary studies are suggesting there is some connection,” says Laura Fuentes, chief officer of science and innovation at Green Roads (Deerfield Beach, FL), especially as anecdotal evidence suggests that CBD might create a sense of calm, and “a calm mind and relaxed body create a better night’s sleep,” she says.

Though researchers do not know the exact mechanism of action for CBD as it relates to sleep, the ingredient’s effects on the endocannabinoid system (ECS) might be a jumping off point, as the ECS is known to modulate circadian rhythms and is involved in the regulation of sleep-wake cycles—and CBD is a modulator of the ECS.1

“To the extent that pain or anxiety interferes with sleep, CBD may facilitate sleep by reducing pain or anxiety—this would be an indirect mechanism,” adds Jamie Corroon, ND, MPH, medical advisor at CV Sciences (San Diego, CA, maker of PlusCBD) and founder and medical director at the Center for Medical Cannabis Education. Indeed, research shows that blocking CB1 receptors in the ECS (as CBD does) can cause neurochemical changes similar to those caused by antidepressants.2 “The evidence in support of CBD as a sleep aid is mixed and fairly limited,” Corroon admits. “To be fair, this is more a reflection of federal regulation related to researching cannabis and FDA’s current position on CBD as a dietary ingredient, than a reflection of interest or efficacy.”

Research linking CBD with a more restful night’s sleep is still underway and very much in its infancy; however, some findings do point to the ingredient’s potential ability to help involuntary night owls.

“As with many novel compounds which are publicly accessible, the evidence starts with anecdotes,” says Corroon, and cross-sectional studies have confirmed that not only do many people use CBD for sleep (roughly 42.5% of CBD users, according to one study3), but they also report efficacy. A 2019 randomized controlled trial funded by CV Sciences reported improvements in sleep quality (+22.0%, p=0.009) and sleep quantity (21.3%, p=0.02) after six weeks of daily supplementation with 60 mg of PlusCBD Extra Strength Hemp Extract Oil (15 mg hemp-derived CBD).4 Researchers in this study also found that hemp supplementation improved measures of perceived stress response and life pleasure.

That said, much more research is needed, and brands operating in this space must remain aware of that. “Companies need to keep an open mind about the science related to CBD as it is in constant flux,” says Corroon. “Most importantly, sleep-related claims for their CBD-containing products should be highly conservative, if not avoided altogether.”

Researchers examining CBD’s effect on sleep are turning their attention to how it can work in tandem with other cannabinoids. “Recently, there has been a lot of talk about cannabinol’s (CBN) promotion of sleep,” says Fuentes. “It is believed that since CBN comes from the degradation of tetrahydrocannabinol (THC), this could explain its sleep-inducing potential.”

Fuentes says there is room for research to determine whether combining CBD with CBN can yield a better night’s sleep, as the clinical evidence is currently lacking. In fact, one recent review found that clinical and preclinical research investigating the effects of CBN is dated and limited, with most human studies occurring in the 1970s and 1980s, and those that specifically address the effects associated with sleep incredibly rare. Ultimately, researchers concluded there is “insufficient published evidence to support sleep-related claims” for CBN.5 Again, they called for randomized controlled trials to substantiate claims through polysomnography or validated sleep questionnaires.

“Other cannabinoids may be more effective [than CBD] at promoting sleep,” agrees Corroon, “but it is not clear at this point.” Compounds like delta-8 and delta-9 THC do have sedation properties, he says, but they also have intoxicating properties, which can be a detriment for many consumers (CBD does not have these intoxicating properties). And, as Corroon points out, a comparison study investigating individual cannabinoids for sleep has not yet been published. “A combination may prove to be most effective,” he says, “but the evidence is too preliminary to draw firm conclusions.”