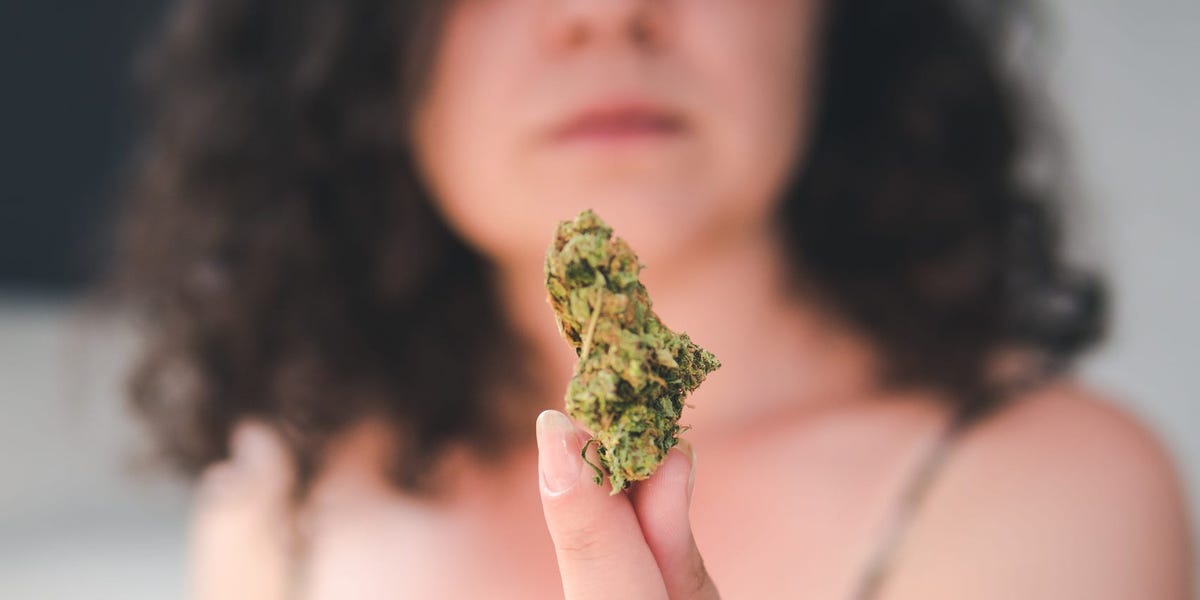 Get the Insider App

THC and CBD are the two most common cannabinoids, or chemical compounds, found in cannabis. But there are more than 100 known naturally-occurring cannabinoids that can influence the effects a given cannabis strain has on your body.

Knowing how certain cannabinoids could affect your endocannabinoid system, or receptors throughout your body that regulate your nervous system, can help you pinpoint the best strains for your needs, Laura Eisman, co-founder of cannabis brand Her Highness, told Insider. She said beginner users can also look for their preferred strain using the indica-sativa-hybrid classification model, but it has some flaws.

THC, a cannabinoid that gives weed its intoxicating and psychoactive effects, is the most common one. On their own, other cannabinoids like CBD and CBN won’t get you high. Instead, these cannabinoids work together and with other parts of the plant, like terpenes, to create feelings of calm, pain relief, or euphoria, for example.

All cannabinoids start as CBG (short for cannabigerol), or the “mother” cannabinoid, as researchers often call it.

When exposed to environmental factors like light or heat, CBG reacts and turns into other cannabinoids, like THC, CBD, THCV, and CBN.

THC, the cannabinoid best known for getting a person “high,” but isn’t legal everywhere, is also the most commonly occurring one in the cannabis plant.

When THC is combined with other cannabinoids like CBD, it creates an “entourage effect,” said Eisman.

CBD, a cannabinoid found in both cannabis and hemp, won’t get a user high on its own. But when combined with THC, it can have an anxiety-reducing effect, Dr. Jordan Tishler, president of the Association of Cannabis Specialists, previously told Insider.

For people who are prone to anxiety while smoking, there’s limited evidence that CBG combined with THC can also lower anxiousness, chemist and Heylo founder Lo Friesen previously told Insider.

Researchers are still in the beginning stages of studying lesser-known cannabinoids like THCV and CBN. They’re typically present in smaller amounts in any given weed strain, which makes parsing their effects more difficult, Jeff Chen, a cannabis researcher who founded research company Radicle Science, told Insider.

Small studies and animal studies suggest CBN, a cannabinoid that comes from THC as it ages, could promote appetite and aid in neurological functioning, but more research needs to be done.

There’s also little know about THCV, but it appears to be one-quarter less intense as THC, so it won’t get you high in small amounts, Leafly reported. There’s not much THCV in weed, compared to THC and CBD, but some research suggests it could curb a person’s appetite, reduce anxiety, and improve Alzheimer’s-related motor function issues.

As cannabis consumption continues to increase in the US, some scientists are also researching lab-made synthetic cannabinoids that can be used independent of the cannabis plant.

Delta-8, a form of synthetic THC, exists in a legal loophole because it’s derived from CBD. Since CBD is legal in the United States, THC that’s artificially engineered from CBD oil is legal too.

Scientists at Artelo Biosciences in California are developing a synthetic cannabinoid that gets users hungry, but not high. It could become a treatment option for people with cancer-related wasting syndrome, Insider previously reported.