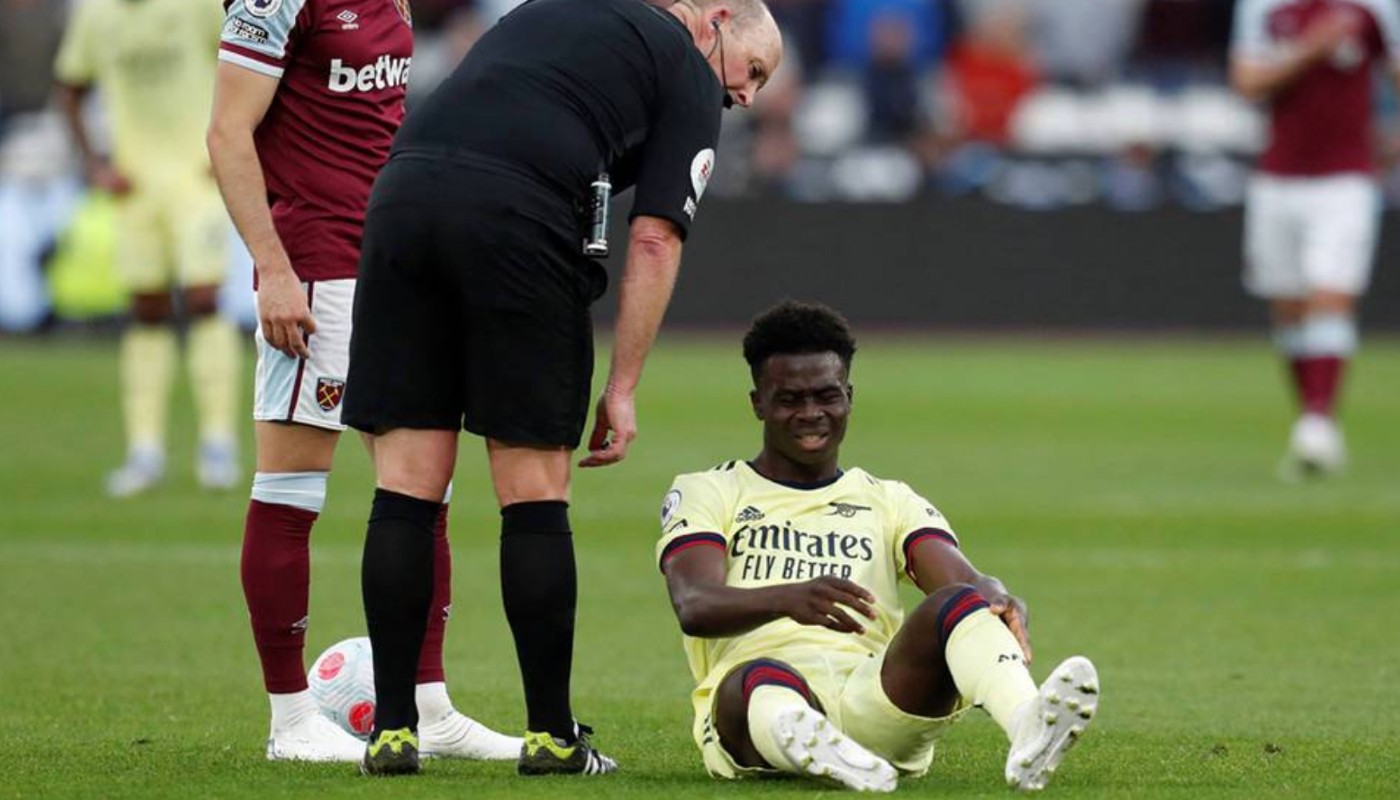 Mikel Arteta says he’s unconcerned about the fitness of Bukayo Saka and Takehiro Tomiyasu despite both players being substituted during today’s 2-1 win at West Ham.

Tomi, only just back from a series of calf injuries, hit the turf clutching his leg on 78 minutes and was replaced by Cedric Soares while Saka, on the receiving end of the usual roughhouse treatment, made way for Emile Smith Rowe in the closing stages.

Having already travelled to the London Stadium without Ben White, suffering with a tight hamstring, there were, quite understandably, some concerns about the status of the squad heading when the boss faced the press. He was quick to allay fears.

“Ben got injured against Manchester United,” revealed Arteta. “He felt a muscular problem and we checked him, and we will have to access him in the next few days to see how he is.

“Bukayo was fine, he was really fatigued and he has been through a little injury as well. Tomiyasu has just that he had been out for so long and could not continue.

Dealing with injuries isn’t anything new. In the last month, the boss has called on a host of fringe players to plug gaps all over the pitch. For the most part, everybody has stepped up to the mark with aplomb.

Today, it was the turn of Rob Holding to earn plaudits from the manager. The centre-back has predominantly featured off the bench this season but impressed alongside Gabriel Magalhaes in the centre of defence and even grabbed his first-ever Premier League goal.

“I said to you guys, to good people, to good things happen,” said Arteta.

“Rob is another great example, but now when he plays well to give him credit, especially when he doesn’t play, the way he trains, the way he is amongst the team, he’s just a phenomenal person and player to have around the team and today, when you ask him to come he’s always ready to do something.”