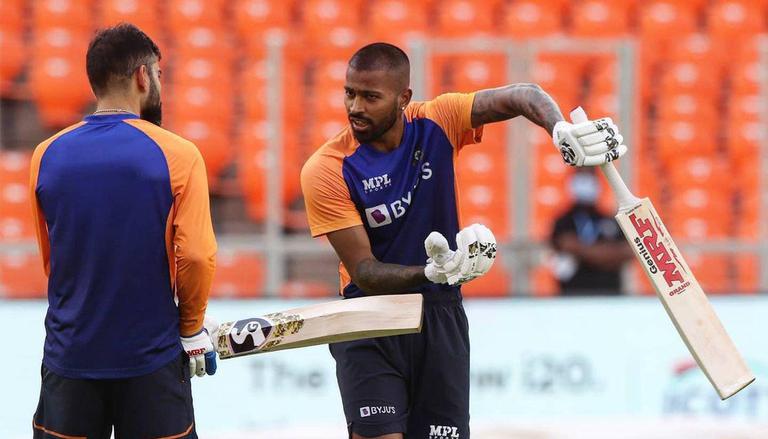 Hardik Pandya’s fitness has been a cause of concern for Team India with the all-rounder still unable to take the field for the team since the T20 World Cup last year.  The all-rounder has been recovering from his injury all by himself and ignoring the advice from BCCI to check into the NCA camp. However, if the latest reports are to be believed Hardik Pandya has reportedly taken a u-turn on his decision and decided to join the 10-day fitness camp in NCA ahead of IPL 2022.

The all-rounder, who is still a crucial part of India’s plans for the T20 World Cup in Australia, chose to continue with his rehab in Mumbai and Ahmedabad. However, a senior BCCI official while speaking to InsideSport has said, “Yes, Hardik will join the camp. He was not part of the players called up for the camp earlier as he did not give us any update on his recovery progress. But as the selectors want him to keep in the mix for the South Africa series, he has been added to the list. He will join the camp on Tuesday,”

As per the report, Hardik Pandya will now attend the NCA camp which is already underway, and the NCA will have a chance to assess his progress from the back injury. If all goes well and Hardik makes an impressive return in IPL 2022, he could be called up for the five-match T20 cricket series against South Africa in June.

Besides Hardik Pandya, other Team India players Ishan Kishan, Bhuvneshwar Kumar, and Venkatesh Iyer are reportedly been asked to report to the NCA by March 4 with the camp beginning on March 5. The 10-day cricket camp will be conducted under the watchful eyes of NCA director VVS Laxman and his staff.

Ahead of the IPL 2022 mega auction, Hardik Pandya was let go by Mumbai Indians and the newest franchisee Gujarat Titans decided to acquire the services of the all-rounder. While Hardik Pandya was being handed the captaincy, he will have Rashid Khan and Shubman Gill at his disposal as both the players were retained by the franchise.