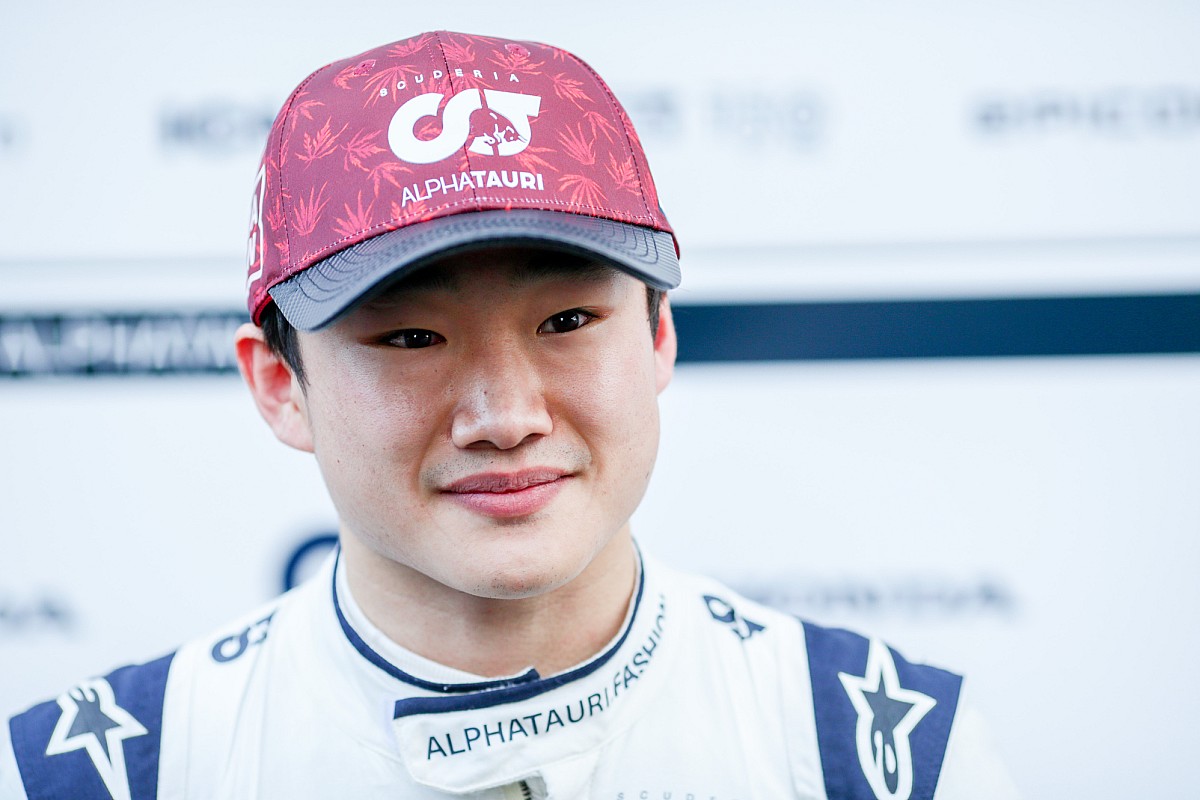 Tost’s frustration with rookie Tsunoda’s apparent lack of commitment to training and preparation in 2021 features heavily in an episode of the latest Drive to Survive series.

Part way through the season Tsunoda moved from Milton Keynes – where he was based to have easy access to the Red Bull simulator – to a new home close to AlphaTauri’s Faenza factory.

As well as spending more time with the engineers he stepped up his fitness programme once in Italy.

Tsunoda joked in Bahrain last week that in his first season he had spent too much time ordering Uber Eats, and not enough following the example of fitness fanatic Tost, who runs every morning.

However Tost insisted that Tsunoda wasn’t as unfit in 2021 as the Japanese youngster has implied.

“I think Yuki meant everything a little bit ironically!,” said Tost. “If a young driver comes to F1, he is totally surprised about the forces he’s faced with in F1. It’s braking, it’s fast corners, slow corners with right hand/left hand forces against the neck and so on and so on.

“But Yuki was fit last year, otherwise he couldn’t have finished here in Bahrain in the ninth position. Of course, he realised as all the other young drivers realise, that you have to do even more physical training.

“And therefore, it’s important to sit in the car, because the best training is sitting in the car.

“Once you sit in the car, once you have done a race, you feel where you have the pain, then you can talk to your trainer, to your physiotherapist, how to change the physical training to strengthen the muscles where you were suffering. And regarding Yuki, he came to Faenza, and his trainer was with him.

“And he had to train twice a day in the morning and in the afternoon, until it was very good. The physical fitness because of the training improves. Therefore, I think that Yuki this year is in very good shape. But once more, he was not so bad last year, it’s just as a newcomer in F1, and you can ask all the others as well, it’s something new.

“It’s F1, these cars, they are so fast. I don’t know any driver who is not suffering after the first races or after the first runs in an F1 car, because it’s very, very demanding. And Yuki trained a lot. And he’s in a good shape. And I’m looking forward to seeing him this season in the car.”

Asked if Tsunoda ever joined Tost for a run the Austrian joked that his driver would not be awake in time.

“My morning runs – Yuki does not stand up at five o’clock to run with me. He looks to me and maybe he thinks I have a bird in my head!

“I don’t run with him. First of all running is not his discipline, because he has a little bit shorter legs. And it’s not important that he goes running with me at five o’clock in the morning.

“No, he has his coach. I talked a lot with his coach. Each Formula One driver also has to do a test also at Red Bull in the fitness centre, where they are find out where are the deficiencies, and these results are important, these are the basic for further developments on the physical side, because every athlete, every driver is different. They are not all the same.

“And therefore you have to make an individual special training programme, and I did not train with Yuki. I just said to Yuki and to the trainers find the correct way to improve the performance and the physical strength. And this is what they did.”