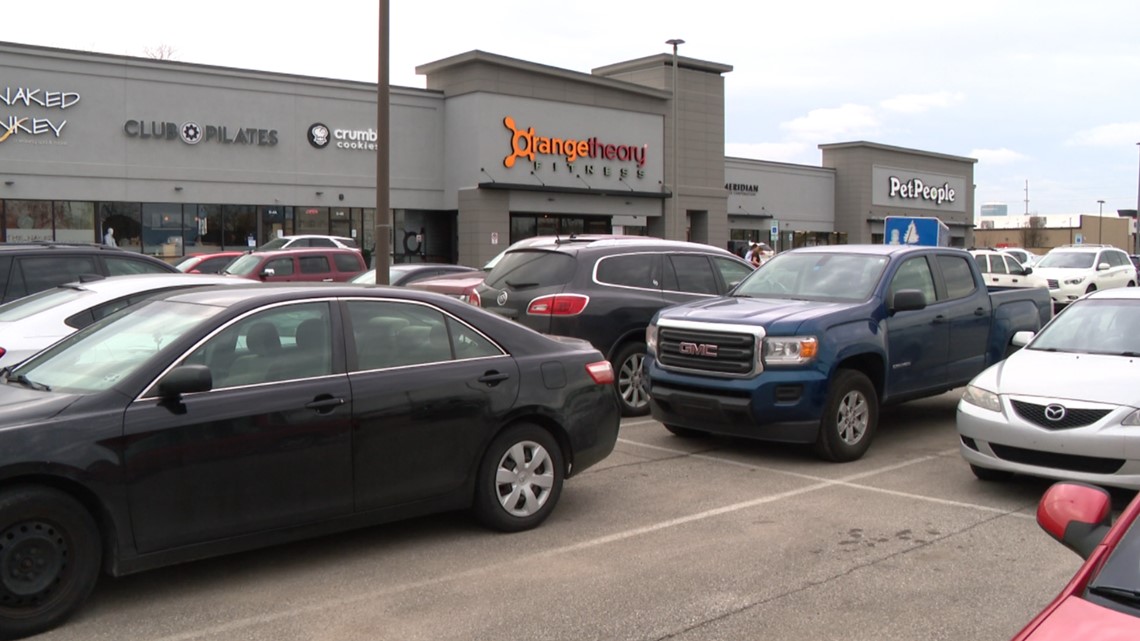 The crimes happened while people were in fitness classes and were captured on surveillance video, which police hope cracks the case.

GREENWOOD, Ind. — A woman in Greenwood had her wedding ring stolen in a series of smash-and-grabs this week.

The crimes happened while people were in fitness classes and were captured on surveillance video, which police hope cracks the case.

If you watch the video closely, you can see an SUV carrying a pair of criminals at Smith Valley Road and SR 135 in Greenwood.

It happened around 6:00 am Monday, in an area right outside fitness facilities Orange Theory and Club Pilates.

Police say while people were working out, the thieves were breaking in.

“I want to say they were in and out in we’re thinking about seven minutes,” Cottongim said.

In the security camera video, you can see the crooks crouching, flashlights in hand, running from car to car. Police say they smashed windows and stole people’s stuff: purses, credit cards, a laptop.

“So they’re just grabbing anything they think would be of value,” Cottongim said.

Webb said the rings were in a bag within a work bag in her car. Thieves took it after busting out a back window.

Police are checking pawn shops for the rings and checking security video at local Walmarts, where they believe the suspects used victims’ stolen credit cards to purchase pre-paid Visas to sell for cash.

Detectives are also reminding people not to leave anything in a vehicle while working out.

“I’ve definitely learned my lesson. Was that the first time I’ve done it? No. Was it the first time I had anything of real value left in there? Yes,” Webb said. “So it’s just kind of a lesson I’m going to have to take with me.”

Now, she hopes someone spots that SUV and police find the crooks, before they strike again.

“That’s really all it is, I hope they get caught and get what they deserve,” Webb said.