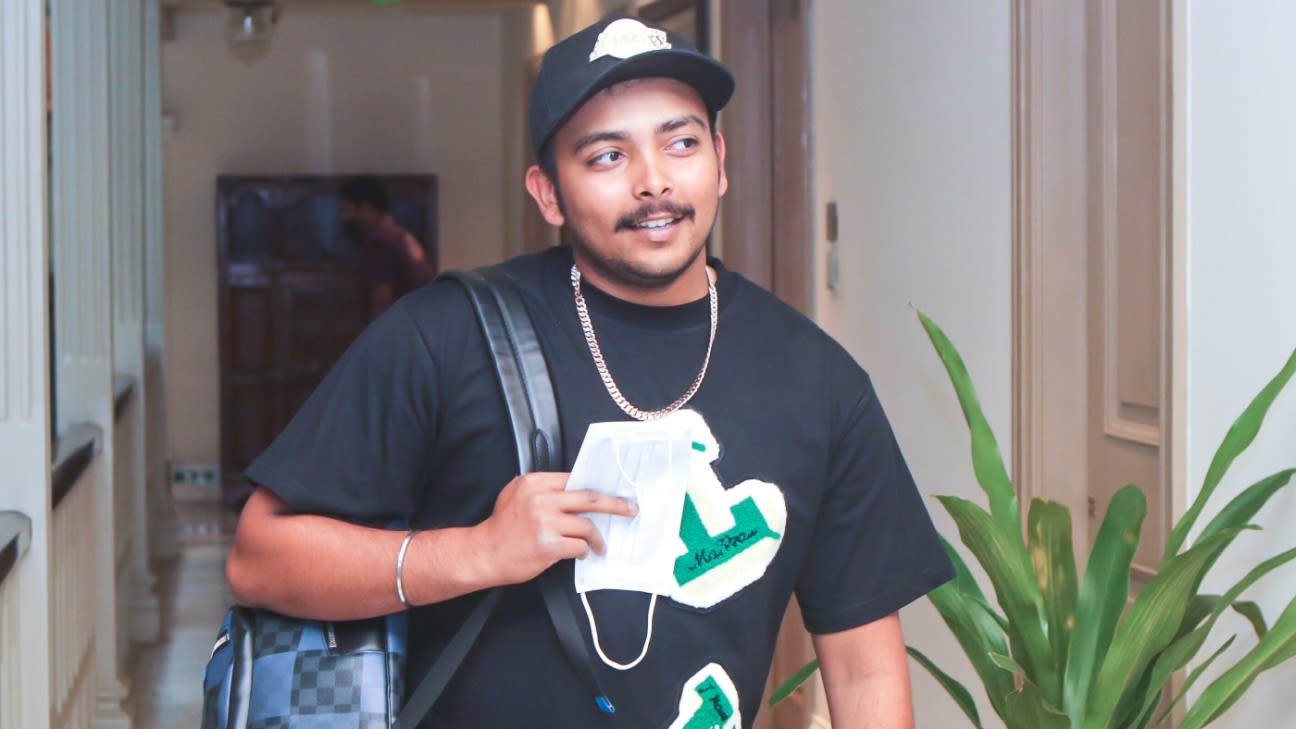 Mumbai captain and Delhi Capitals batter Prithvi Shaw, who was at a camp at the National Cricket Academy (NCA) in Bengaluru, has failed a yo-yo test. The BCCI’s prescribed minimum score on the yo-yo test is supposedly 16.5 for men, and it is learnt that Shaw scored less than 15.

“These are just fitness updates. Obviously, it doesn’t stop Prithvi from playing for Delhi Capitals in IPL,” a BCCI source told PTI. “It’s just a fitness parameter and not the be all and end all.

“He has played three Ranji matches back-to-back. Once you play three first-class games on the bounce, the fatigue can also affect your yo-yo score.”

India allrounder and Gujarat Titans captain Hardik Pandya, who was also at the NCA, had a bowl and passed the yo-yo test.

“Let’s make it clear. Fitness test clearance is only for those who are coming back from injury. In the case of Hardik, it was about getting a general fitness assessment going into the gruelling IPL season,” the BCCI source said. “He is an asset and one needed to check his current fitness standards.

“He didn’t need to bowl at NCA but he has bowled for considerable time and in the range of 135 kmph. On the second day, he crossed the yo-yo test with flying colours with a 17-plus score, which is much above the cut-off level.”