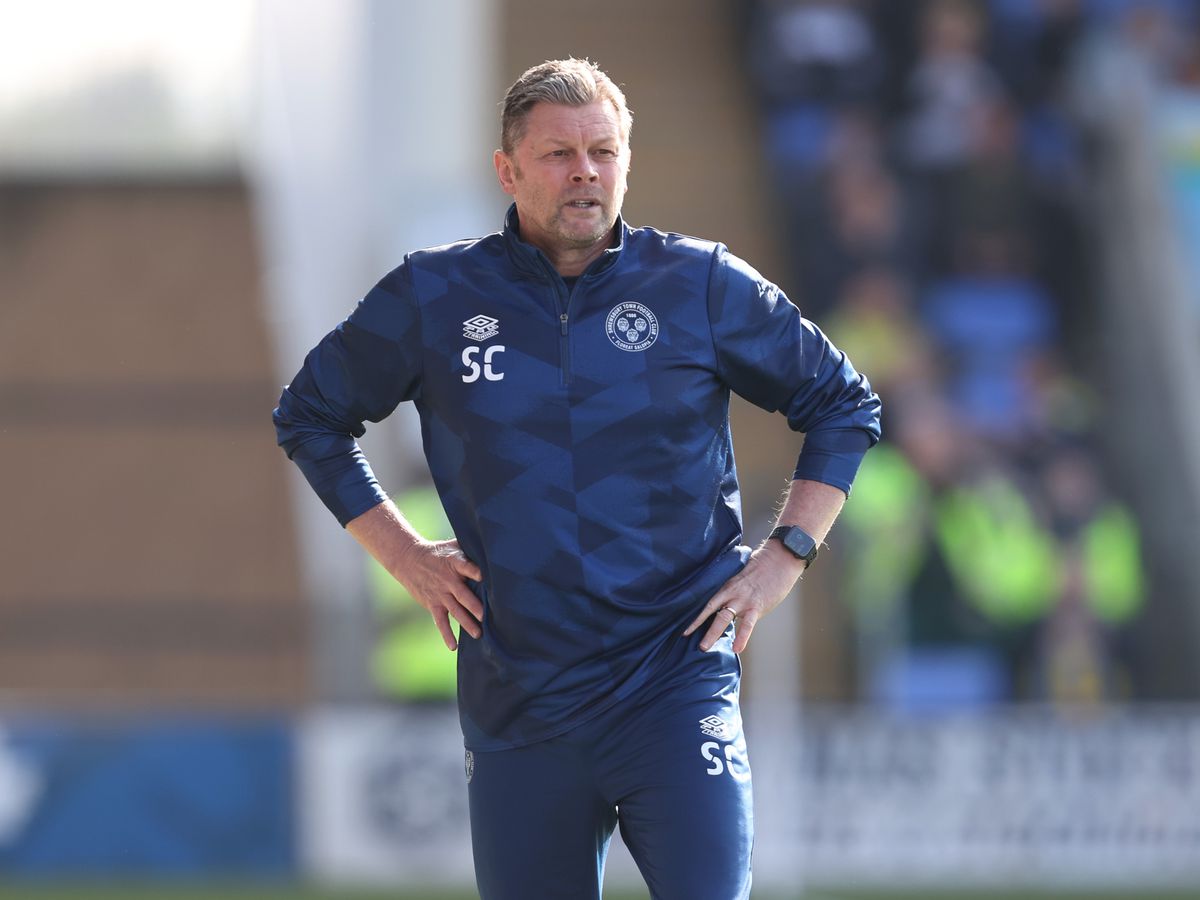 The Imps were downed at Montgomery Waters Meadow through a late Daniel Udoh strike six minutes from time for the top goalscorer’s 15th goal of the season.

Udoh rifled a low right-footed strike into the bottom left corner in a second half in which Salop had been the better side and forced the chances at goal. The first half contained few highlights or quality on a warm and humid afternoon full of stoppages.

Cotterill led a strict pre-season fitness regime last summer and stated that such drills would come crucial later in the campaign. Town’s fitness has stood out at times this season and did so once more today on a roasting Shropshire afternoon as Town made it three league wins on the spin for the first time since December 2020 and climbed to 15th.

The manager reserved praise for front two Udoh and Ryan Bowman but was quick to point to his side’s superior fitness. He said: “I don’t think he was at his best today, I thought Ryan Bowman was outstanding. But on another day as has been this season Dan would be outstanding and Ryan would get the goal.

“It was a typical Dan Udoh finish, we’re obviously pleased with it as that was the difference.

“I just think as the game went on we looked really strong and we looked fit.

“We had a really, really tough pre-season. I looked at the clock with 70 minutes on it, they had a lot of players going down and I thought we looked stronger in the game.

Cotterill’s half-time change to introduce Josh Daniels for Tom Bloxham and switch from 3-4-3 to 3-5-2 helped Town improve after the break and take charge of the contest.

Another clean sheet, a third on the spin, was a sixth clean sheet in seven games.

He added of the contest: “The first half was two honest teams who didn’t really get into their stride, not for the want of trying.

“We cancelled each other out but didn’t really hurt anyone.

“We needed to be a little bit sharper in the second half, a little bit more ruthless with opportunities we could get into.

“The weather’s caught everybody out, it’s been a warm week and there’s a learning curve in that, have the players hydrated enough in the week? We need to check that.

“It was a tough game out there, both teams wanted to win, it was an honest game.

“We had a slight change at half-time, tactically, but I think it was more about our running and our strength in the second half.

“Lincoln are a good team, coming into this we’d won 5-0, won at top of the table, then we come here and people think ‘this will be alright, Lincoln are down there’. Lincoln don’t play like a team in the lower reaches.

“It is a tactical game against Lincoln, they are tactically prepared.”

Udoh’s fine finish was the game’s standout and decisive moment and his goal haul of 15 stands out of one of the club’s best scoring records in recent years.

“I would imagine him hitting 15 (goals) he’d be happy with,” Cotterill said. “He probably didn’t have 15 shots last season!

“To get 15 goals is a great achievement by him, I’m delighted with him and for all of them. Dan will get all the plaudits today because he hit the winner, but Dan will be the first to talk about the team behind him.

“And the team behind him worked really hard. It was a pity Luke (Leahy) couldn’t quite get that one to Bowman at the end, because he’d have certainly deserved that.

“Dan doesn’t score rubbish goals, does he? His goals are always fantastic, great strikes, it’s great for him.”