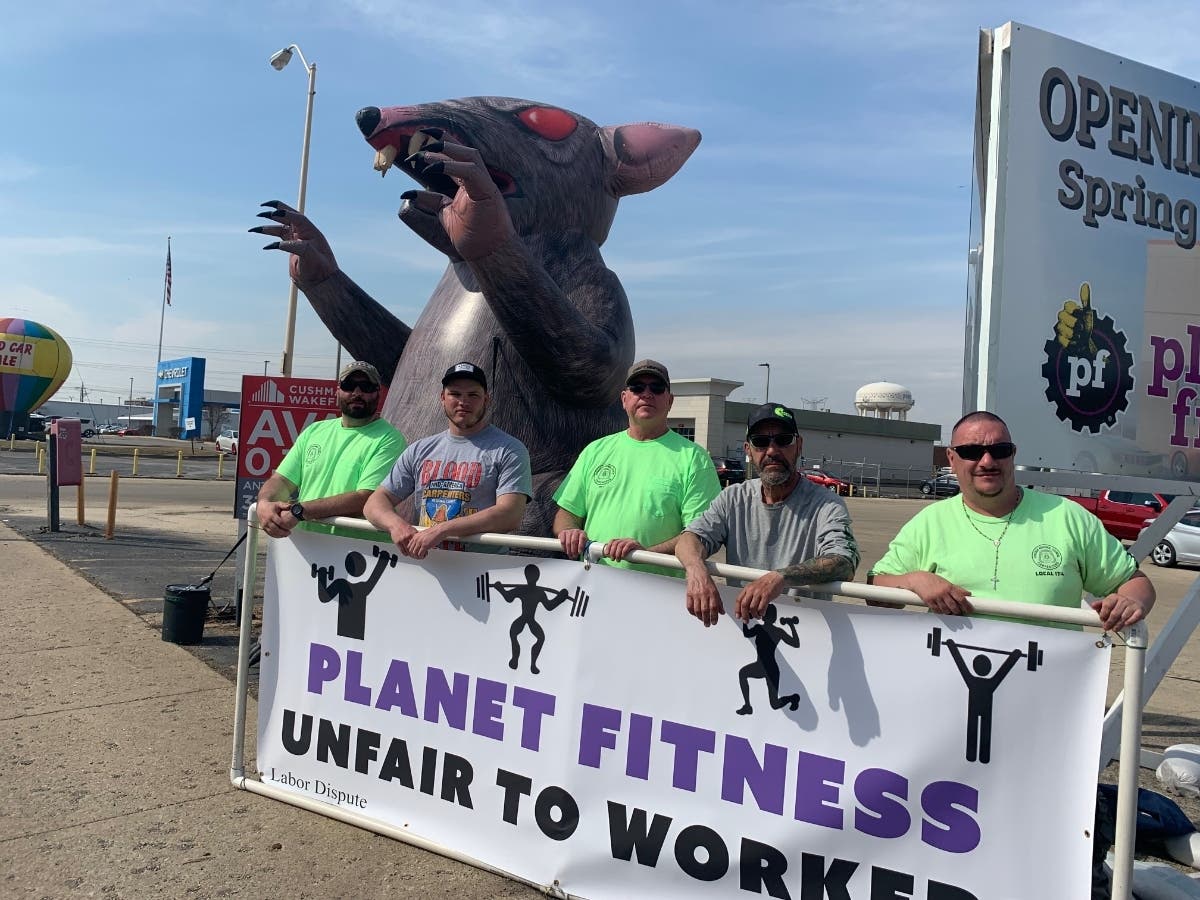 JOLIET, IL — While the Tony’s Fresh Market continues to use 100 percent union contractors for its new grocery store under construction at the old Kmart store, the Planet Fitness next door is not using union laborers, according to Local 174.

This week, a giant inflatable rat, known as Scabby, has been placed along West Jefferson Street, alerting motorists that non-union laborers are constructing the future Planet Fitness.

“Planet Fitness hired Stages Construction, a contractor that pays its workers less than the area standard wages and benefits to work on their facility in Joliet, Illinois,” a flyer distributed by Local 174 states.

The Mid-America Carpenters Regional Council said it is currently involved in a labor dispute with Stages Construction concerning the payment of substandard wages and benefits to its employees.

“We are not seeking to induce any person to cease work or stop making deliveries,” its brochure noted.

On Thursday afternoon, Local 174 emphasized that its protest is not aimed at Tony’s Finer Foods in any way at all.

Tony’s continues to employ a union general contractor, and all the remodeling work on the multi-million dollar Tony’s Finer Foods grocery store redevelopment is being performed by union laborers, according to Local 174.