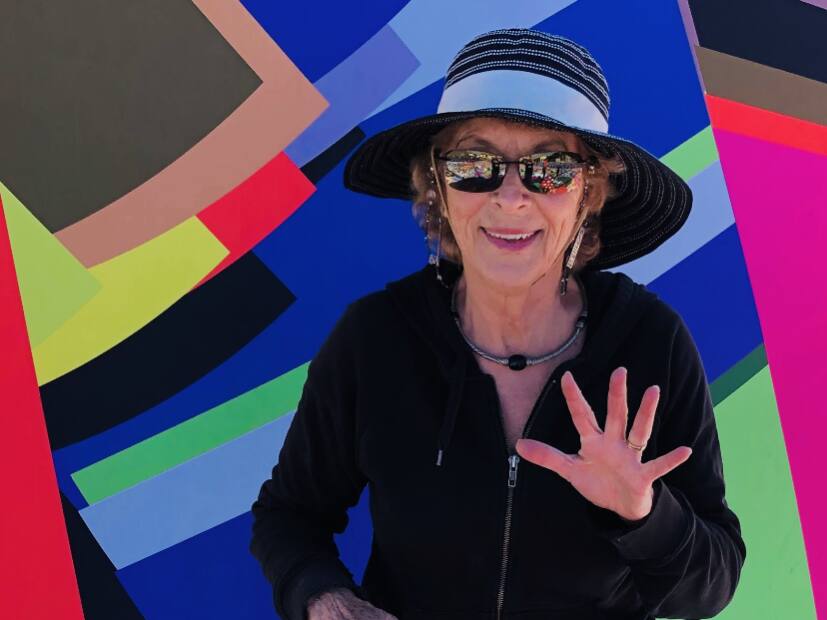 Petaluma resident Laura Sunday has a nickname for her group of friends who started regularly for exercise at the start of the pandemic – and haven’t let up yet.

“At the start of the pandemic, we started out on zoom, but after a while, we moved outdoors when it was safe,” she explained. “It really promoted a healthy way to keep from being dragged down in the mire of the last couple of years.”

Through those gatherings, friendships developed, strengthened and diversified into other kinds of activities, from museum trips and book readings to volunteering and supporting the arts.

“Our Tribe is mostly women ‘of a certain age,’” Sunday said with an audible twinkle of delight in her voice.

Sunday has taught group fitness for about 14 years, most currently at Sonoma Fit. It was fall down a flight of stairs that started her teaching career.

“I got a call from my fitness class teacher one day saying she’d had an accident and asked me to teach her imminent class,” recalled Sunday, who agreed to teach the class but asked to use her own choreography. “I love incorporating all sorts of new music into the classes. Just whatever I feel fits the choreography, and sometimes it introduces a new style of music to my students.”

Music has always inspired Sunday, who owned a recording studio in Denver named “Biscuit City Records,” where she put out more than 20 records. She’d grown up in Brooklyn and Long Island, then went to the University of Rhode Island.

“After living in Manhattan for a while, I knew I needed to live elsewhere,” she said.

So began a trip across the United States, DJ-ing and waitressing along the way.

Sunday ended up in Denver, and soon after started the recording company. She also took up photography seriously, developed a passion for theater and met her future husband, Michael Sunday.

“Theater is such an intense experience, not just the emotion in performance, but also the art of learning of lines, the art of stagecraft,” she said.

This love for theater became ingrained in her children as well, and soon they too were heavily involved with local theater. After living in a few other locales, the Sundays knew they wanted to move to California, and Sunday began a search for a community with a suitable young theater program.

“In the mid ‘90s, I found Cinnabar and it was such a great theater with an exceptional children’s program,” she said of Cinnabar Theater, which has long run a robust youth theater company.

In a meeting with the staff there, Sunday expressed her desire to contribute to the theater in some way, and was offered the role of President of the Parent Guild.

“I saw this task not just as fundraising for the theater,” she explained, “but as a way to integrate the theater with the community, to raise awareness of Cinnabar so that we weren’t just thought of as the ‘Hippies on the Hill.’”

To that end, Sunday founded two festivals which would involve Petalumans, theater awareness, and culinary exposition: The Great Petaluma Chili Cook-off, Beer and Salsa Tasting and Taste of Petaluma, both conceived as Cinnabar fundraisers and both of which ran annually for years.

“What a wonderful way to include the local people, epicurean delights and Cinnabar theater,” Sunday said. “If you can imagine it, you can create it.”

As someone who is always looking for new challenges, its no surprise to learns that when she was 50 Sunday became smitten by the idea of roller skating, and began taking classes.

Good, of course, is an understatement. Sunday now regularly teaches and performs roller dance, on Sundays at Golden Gate Park in San Francisco.

“I learned to teach from pretty much the originator of roller dance teaching, Richard Humphrey. He’s incredible,” she said, adding, ”I love what I do. What other job gives you hugs and thanks from people who feel great after exercise? You’ve helped people become and maintain their health, and keep their brain healthy. I just love it.”