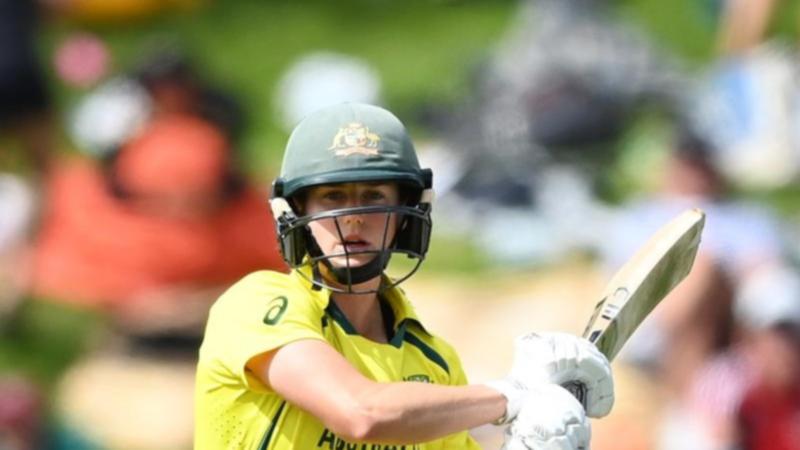 Ellyse Perry is riding a wave of support from her Australian teammates to play in Sunday’s World Cup final but must pass a fitness test on Friday to avoid missing a second major decider.

Perry, named the best female cricketer of the past decade by the ICC, was missing from Australia’s semi-final victory on Wednesday as she recovers from back spasms.

On Wednesday, while her teammates were defeating West Indies to reach the final, Perry padded up for a net session with bowling coach Ben Sawyer.

After the match, the 31-year-old headed onto the Basin Reserve pitch for a short running session, including sprints and lateral movement.

Speaking on Monday before she was ruled out of the semi-final, Perry said she there was “a pretty high percentage that I’ll be able to play at some point”.

She will spend Thursday flying south to Christchurch for the final, which is otherwise a rest day for Meg Lanning’s side.

On Friday, she’ll pad up again at Hagley Oval, when Australia coach Matthew Mott will put her through her paces.

“We want to give her opportunity to train as close as we can to match intensity and see how she pulls up the next day. That’s going to be the key,” Mott told AAP.

“She’s very determined. She’s doing everything she can.”

Mott said the option of playing the superstar allrounder purely as a batter was on the table.

“If she’s fit and available it’s going to be a really tough selection that we have to go through.”

The next few days are a potential heartbreaker for Perry, who missed the semi-final and final of the 2020 T20 World Cup on home soil with a major hamstring injury suffered in the group stage.

“My first thought when we heard she was having back spasms (was) ‘surely she’s not missing another World Cup final?’,” she said.

“It’s a tough break for someone who’s had such a long and successful career, it’d be crazy if she couldn’t take the field on Sunday.”

Perry and Schutt are two of four current players — the others being Rachael Haynes and Lanning — who have won the ODI World Cup in 2013.

Schutt said this time she felt more at home in the Australian line-up.

“When I played in the 2013 World Cup I was fresh. I didn’t really know where I was and if I belonged in that team,” she said.

“Personally, I feel like I really deserve it a lot more than than what I did back then … I was just a lucky kid.

“So this one feels great.”