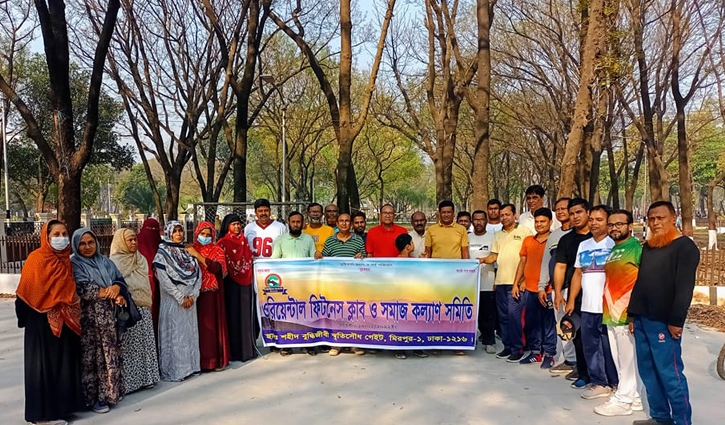 Oriental Fitness Club and Social Welfare Association, a Mirpur based non-profit organization, has been launched in the capital in a bid to promote fitness among citizens. Authorities say, they will create mass awareness about the importance of fitness and duties towards society taking nation-wide initiatives.

A press release from the association has confirmed the news on Sunday (March 27, 2022). The association is formed after a regular exercise held at the Shaheed Buddhijibi Smriti Soudha (martyred intellectuals’ memorial) in Mirpur on the day.

The initiative brings together fitness and voluntarism in a unique way as it has more than 50 active members, including women from diverge backgrounds consisting of various levels of established business high-ups, entrepreneurs, teachers, social workers and senior officials working in government and non-government organizations in the country, the release adds.

According to the press release, each member of the club will motivate people for fitness. They will work for the society when it’s needed. Beside organizing regular physical exercise, they are arranging sound recreation and cultural activities, providing various community services among the members.

Members of the Oriental Fitness Club and Social Welfare Association are performing their regular physical exercise at the Shaheed Buddhijibi Smriti Soudha.

“The fitness club is aiming to play a great role in social service by bringing together talented and decent people of the society, with the combination of their intelligence, network and experiences,” said Abu Bakar, one of the commanders of routine exercise in the club.

Abu Bakar, and also a businessman, said: “Everyone can join this non-profit organization irrespective of religion, caste, party, etc as our main goal is to keep the body sound through daily exercise.”