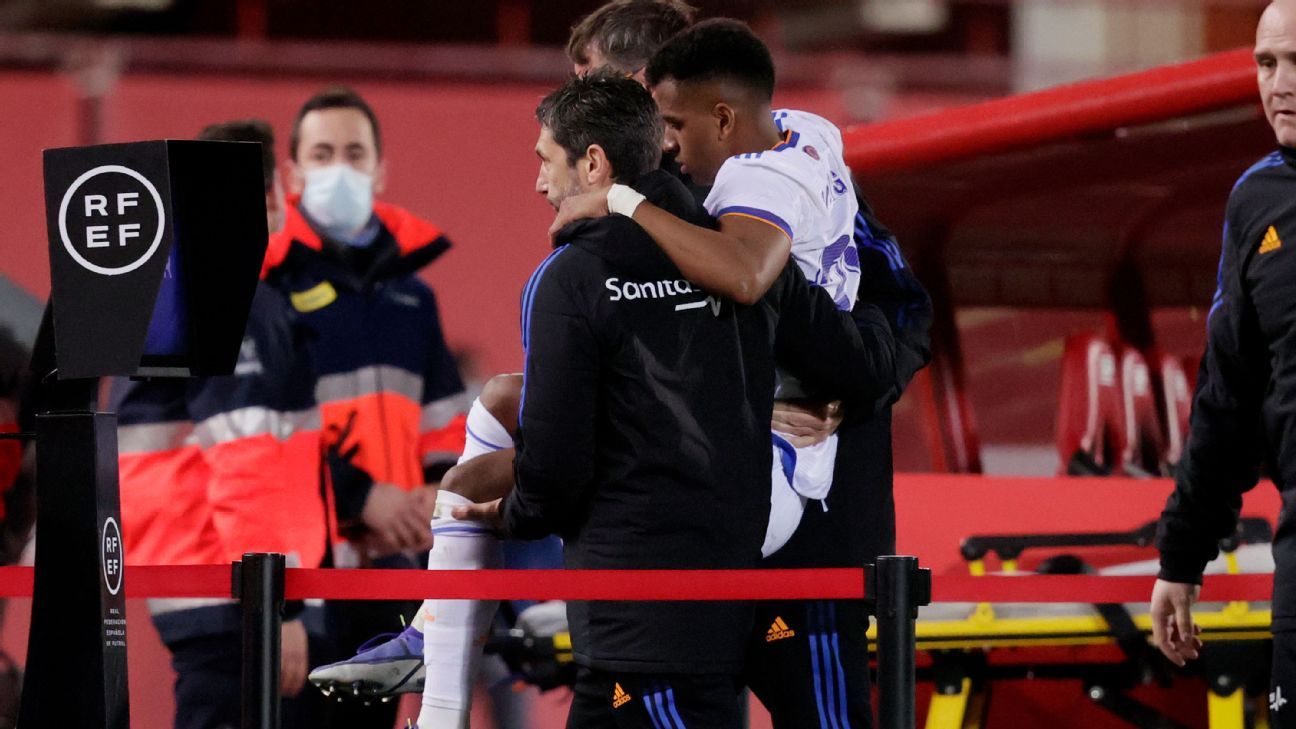 Real Madrid were left waiting for news on the fitness of Karim Benzema, Rodrygo and Ferland Mendy after all three players went off hurt in their 3-0 win at Mallorca on Monday — just six days ahead of El Clasico.

After a combative first half ended goalless, Vinicius Junior put Madrid ahead in the 55th minute before Benzema scored a brace, dispatching a 77th minute penalty when Vinicius was fouled, and heading Marcelo’s cross past goalkeeper Sergio Rico five minutes later.

The result left Madrid top of LaLiga on 66 points — 10 points clear of their nearest rivals Sevilla — but with concerns about the availability of Benzema, Rodrygo and Mendy for Sunday’s showpiece clash with Barcelona at the Bernabeu.

Rodrygo had to be helped from the field by medical staff in the 71st minute after a challenge by Mallorca defender Antonio Raillo. Nine minutes later, Mendy was taken off with an apparent muscular injury, before Benzema was withdrawn with a calf problem.

“We have to evaluate them in the next few days,” coach Carlo Ancelotti said in his post-match news conference. “They don’t seem serious. Rodrygo’s [injury] looks like a knock, it bothered him a lot. Ferland has an abductor strain, and Karim didn’t feel good after jumping [for the ball].

“We’ll have to wait until Wednesday to see if they can recover for Sunday. Right now we can’t say anything. Let’s hope they aren’t serious.”

Ancelotti refused to criticise Mallorca for some tough tackling which saw both Vinicius Junior and Rodrygo targeted.

“That’s football sometimes, it can happen,” he said. “I don’t think [Mallorca defender Pablo] Maffeo intended to hurt [Vinicius]. It was a very competitive game, above all in the first half, with a lot of contacts … It was competitive but fair.”

“Rodrygo’s is a shame for him, let’s hope he doesn’t have anything,” midfielder Federico Valverde said. “Obviously when a teammate gets injured everyone is worried, but we have a big squad, and whoever plays has to be ready.”

Real Madrid and Barcelona both go into this weekend’s Clasico in impressive form, with Madrid unbeaten in LaLiga since Jan. 2, and Barca — who beat Osasuna 4-0 on Sunday — having won their last four league games.