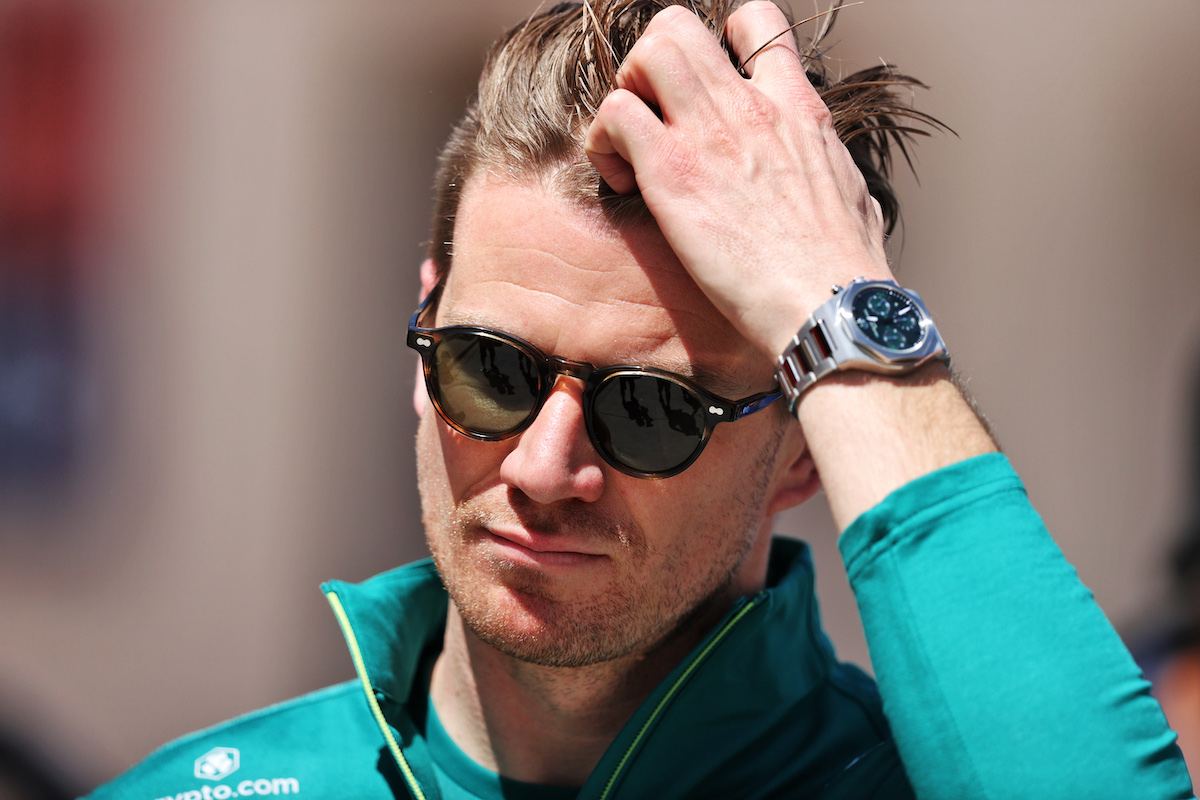 Nico Hulkenberg says that he’s expecting to have a sore body during the Bahrain Grand Prix weekend as his driver fitness is “not there”.

The 34-year-old, who is Aston Martin’s reserve driver, was called up as a late replacement for Sebastian Vettel after the four-time World Champion tested positive for Covid-19.

Hulkenberg last raced full-time in Formula 1 in 2019, but made three appearances in 2020 for Racing Point following positive Covid-19 tests for their drivers.

The former Force India and Renault driver has not raced competitively since the end of 2019, with his only driving experience being in Aston Martin’s simulator.“

I think to really get the feeling again [will be the biggest challenge], to get a good harmony with the car, to find the limit,” he said.

“For me, it’s just about getting into the car, getting up to speed with and get a good feel.

“For sure the body is going to be sore too, but just to be back in a Formula 1 car, they’re the fastest cars in the world, it’s exciting of course.”

Hulkenberg says that jumping into the new-for-2022 cars is an added challenge, as the rest of the field has had pre-season testing to understand the new technical regulations.

“I’ve done it before, I know what to expect. I know how it is to walk into the garage and step into the car, I have that experience, for sure that’ll help me,” Hulkenberg said.

“But the time away, it’s been quite some days, and these cars, they’re completely new. The last time I came back, I knew what those generation of cars were like and what I was going to get, more or less.

“But this is totally a white piece of paper now, I’m just about to find out and hit the ground running.

“I just need to feel it, drive it and learn as fast as possible. But not an easy situation.”