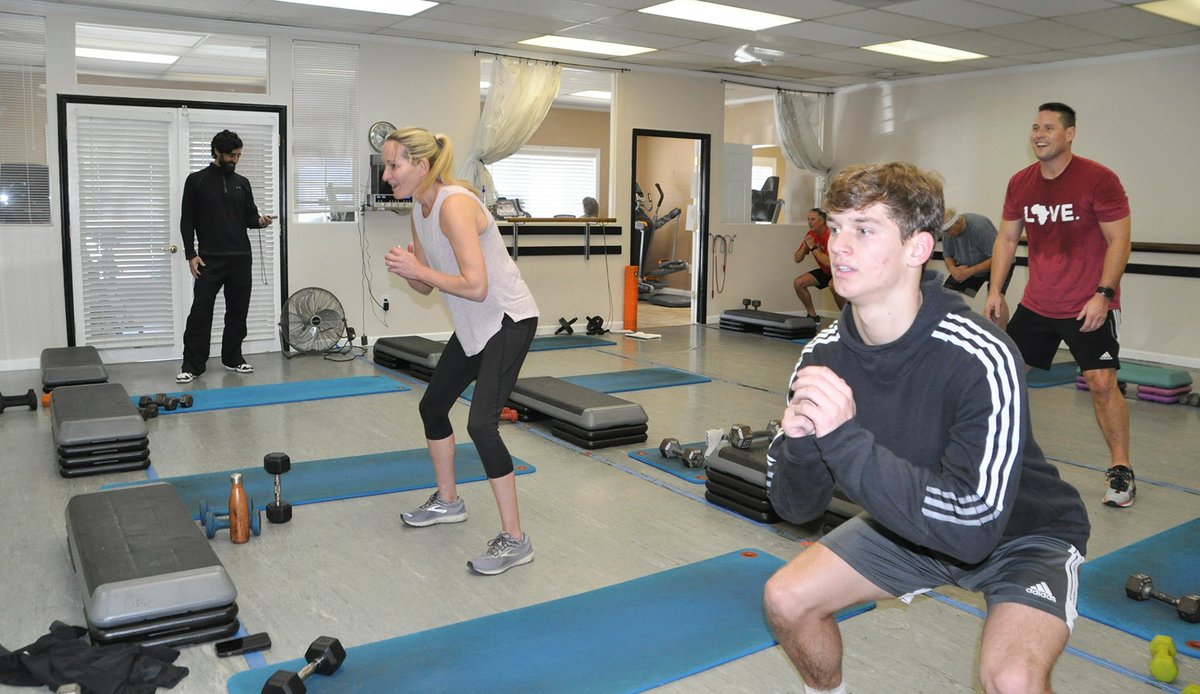 “It was a major hit to me and our business,” Cerniglia said. “COVID was pretty brutal on us the whole time. People didn’t feel comfortable going to the gym.”

But now, Cerniglia thinks the worst is behind him, and he’s rebuilding, refocusing and rebranding.

Cerniglia sold his 9,000-square-foot building between Shades Mountain Plaza and Bluff Park Village to an investment group and now will be leasing about one-third of it.

He determined he didn’t need all the space and equipment he had and is downsizing and refocusing to his strengths.

Cerniglia has been in fitness and training for 27 years. In the early 2000s, he started a personal training business and in 2007 opened his facility on Clearbook Road. In 2011, he started group training programs and now is taking the business more in the direction of personal and group training, versus relying on having a membership-based gym, he said.

He’ll still offer memberships, and members will have access to his gym 24 hours a day, but he is focusing more on the personalized training programs, he said.

Cerniglia temporarily moved out of the old building while the new owners renovate the space and is currently operating out of the former Dale Serrano dance studio across the street in Shades Mountain Plaza.

He originally hoped to be back in his former building by April or May but said it may be summer before the new space is ready.

When he reopens in the newly renovated space, he’ll have almost all new equipment, which includes weight machines, free weights, combo machines, squat racks and benches. About half of the space will be an open area for training.

Cerniglia is also changing the name of the business from Hoover Fitness to HF Elite Fitness & Training.

Cerniglia said what makes his business stand out is how he tailors the workout programs specific to individuals and their goals. People also can take part in group programs with a trainer, one-on-one instruction with a trainer, or a do-it-yourself program that can be done with a virtual trainer on the client’s phone either at his facility or at the client’s home.

Prices range from $33 per month for the do-it-yourself program to $200 per month, he said.

He now lives in Riverchase and has four children attending Hoover schools.

Ginger Owen has been working out at Hoover Fitness since 2011 and usually comes four days a week for group training. She does it just to stay active and feel good, she said.

Cerniglia offers classes four times a day, and she may not always come at the same time, depending on her schedule, she said.

“It works. It doesn’t matter how fit you are, from beginners to athletes,” Owen said. “He makes it work for wherever you are.”

Leisa Pitts, a client from Riverchase who is in her 60s, said she has bad knees and has gone to Hoover Fitness the past two years to help improve strength and to be able to move faster.

“I’ve enjoyed doing it,” Pitts said. “I highly recommend it to everybody.”

Cerniglia said he’s keeping things going in the temporary location but is eager to open in the new facility as soon as it’s ready.