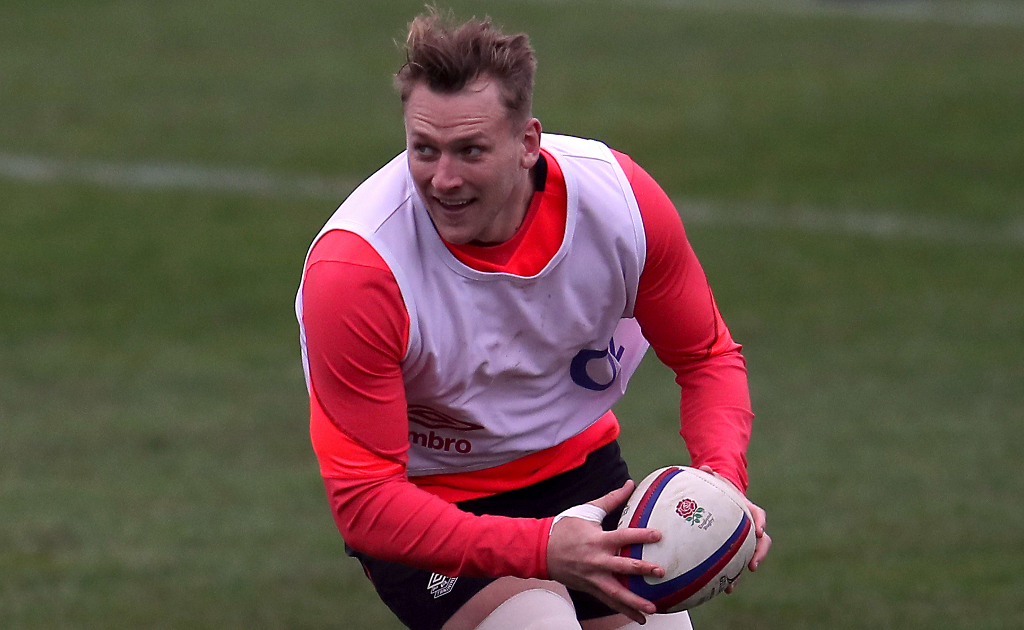 England back-row duo Alex Dombrandt and Sam Underhill will have the chance to train their way into selection contention for Saturday’s Six Nations Test against Ireland at Twickenham.

Dombrandt is still doubtful after he tested positive for Covid-19 and England are willing to give the Harlequins number eight a chance to prove his health and fitness in training on Thursday.

Meanwhile, Underhill is back in the England squad for the first time since the autumn, having battled Covid, illness and injury to make his return to the international scene.

But the Bath flanker must prove his sharpness in training on Tuesday, to push his way into the selection picture.

England coach Eddie Jones said of Quins powerhouse Dombrandt: “He’ll be a chance, but we’ve just got to wait and see how he recovers from Covid.

“He has to do all the cardiac tests, and then we’ll see on Thursday whether he can train, and participate in the training at the necessary level.

“And if that’s the case then he has a chance to play against Ireland.”

Dombrandt tested positive for Covid on Friday and missed England’s training camp in Bristol last weekend due to initial isolation.

England’s readiness to hand Dombrandt the brunt of the week to prove his availability for selection indicates the growing faith in the 24-year-old from taskmaster boss Jones.

Underhill was omitted from England’s tournament opener against Scotland having been forced to navigate head-injury issues.

The loose forward suffered nasty-looking blows to the head against Gloucester on Boxing Day, and then again in action against Leinster in January.

The 25-year-old returned to Premiership action as Bath edged out Bristol 29-27 on Saturday however, and now has the chance to impress with England.

“He’s a quality player, he’s had a difficult season, with Covid, sickness and a few injuries,” Jones said of Underhill.

“He’s a little bit off his best but we’ll give him the opportunity to train tomorrow and see where he’s up to.

“And if he’s at the necessary level to play an international game against Ireland, then he’ll come into the consideration for the 23.”

England added Nic Dolly and Alex Mitchell to their squad on Sunday night, with the pair included for the first time since the 2021 Autumn Nations Series.

Bath’s Orlando Bailey and Harlequins’ Luke Northmore were also added to the ranks.

Wing Louis Lynagh on Monday evening became the second Harlequins player to withdraw from the training squad because of a positive Covid test.

It rules Lynagh out of the Ireland clash, although as a fringe player he was deemed unlikely to make his international debut in round four.

Further testing has produced no more positive results amongst players and staff.

READ MORE: Six Nations: Our Player of the Championship shortlist through three rounds