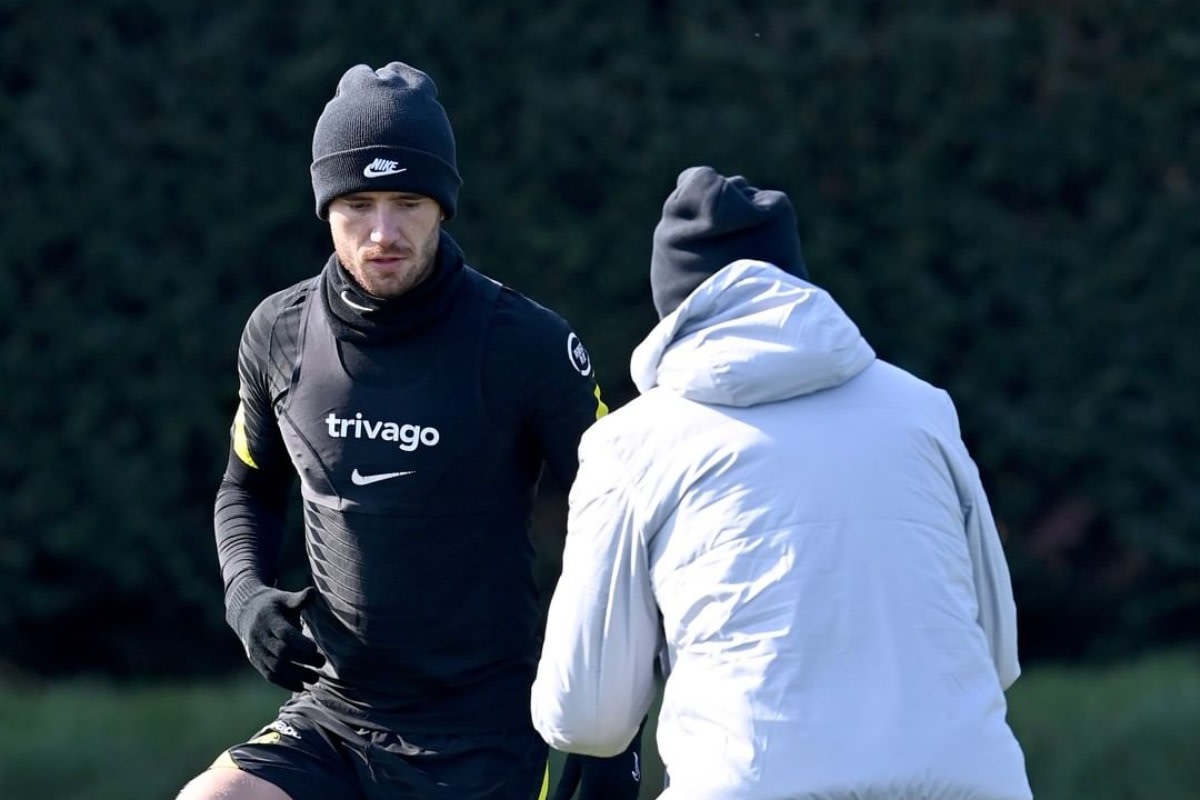 Ben Chilwell has handed Thomas Tuchel a welcome boost after he returned to the Cobham training pitches to begin his recovery work.

The 25-year-old was ruled out for the rest of the season after undergoing surgery following an ACL injury sustained last November against Juventus in the Champions League.

Surgery was delayed to see if Chilwell’s injury didn’t require him to go under the knife, but in the New Year he did just so, ensuring his 2021/22 campaign was over.

Chelsea were dealt a double blow at the end of December when Reece James tore his hamstring. But he returned last month, to the delight of Tuchel which also saw the England international score in the 4-0 win over Burnley at the weekend.

Now the Chelsea boss has been given another boost after Chilwell started to build his fitness after taking to the grass at Cobham.

Chelsea shared an image on their social media on Tuesday showing Chilwell doing some individual work at Cobham as he begins his road to recovery.

After James’ goal at Burnley, Tuchel admitted the injuries to the key wing-back duo changed the season for the Blues who have had to find solutions to both of their absences.

He said: “Today showed what we missed with Reecey for the last ten weeks. It is the same on the left side. The wing-backs are crucial. We missed Reecey and Ben for too long. It can change a whole streak of results.”