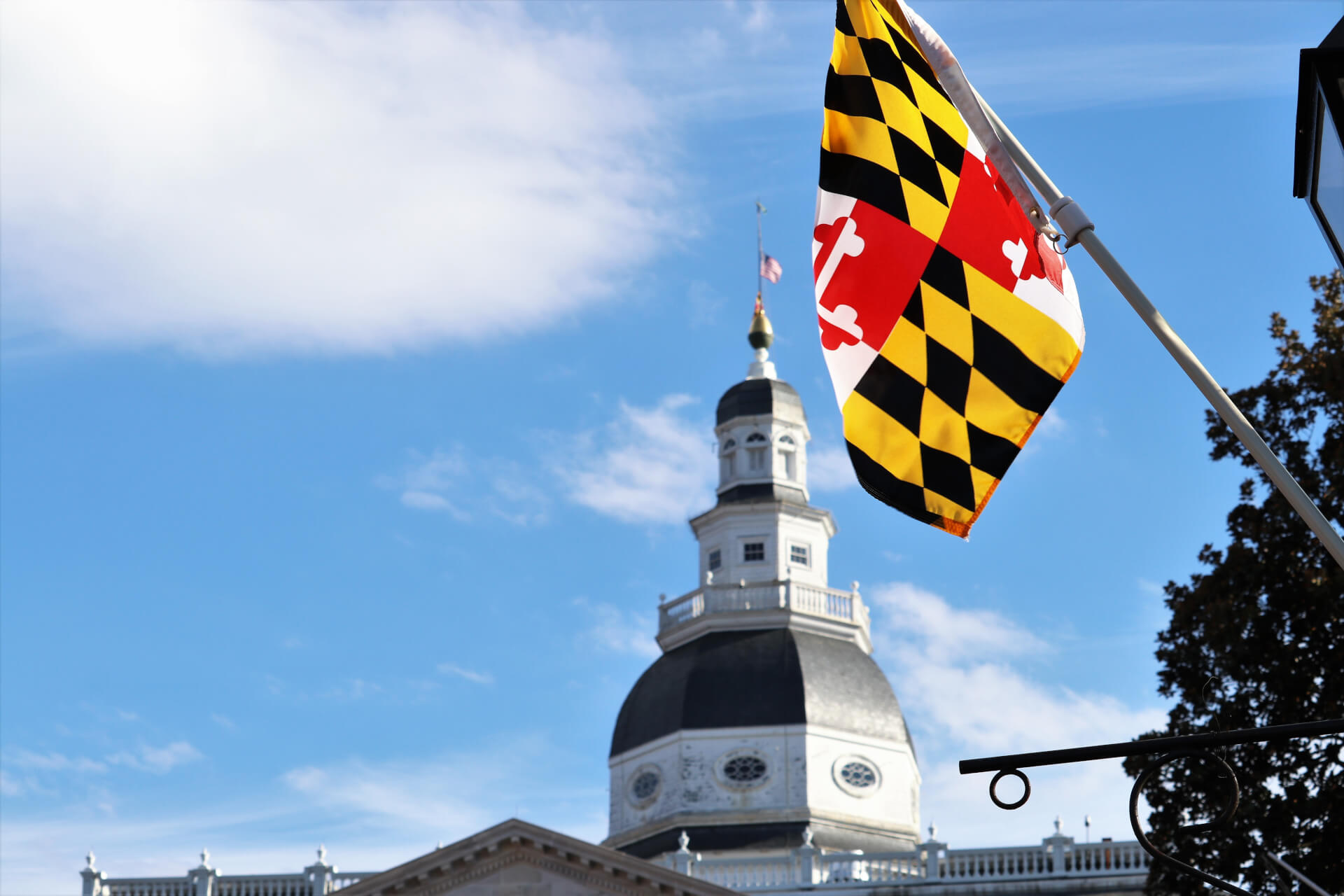 The House of Delegates gave preliminary approval Friday to a bill that would limit the circumstances under which county health officers can be fired.

House Bill 609, sponsored by Del. Joseline Peña-Melnyk (D-Prince George’s), would require Maryland’s health secretary to provide written notice of removal to health officers and limit the reasons a health officer could be removed to “immorality, misconduct in office, insubordination, incompetency or willful neglect of duty.”

In a bill hearing last month, Peña-Melnyk said this measure “is an unfortunate reflection of the undue political influence we have seen in our public health policy.” Since the COVID-19 pandemic, public health officials have become political targets and experienced retaliation from elected officials and threats from the public, she said. This bill would ensure transparency that health officers are removed appropriately, she said.

“What the bill seems to do is invest the local health officer with an additional set of legal protections,” Del. Jason Buckel (R-Allegany) on the House floor on Friday morning.

Buckel introduced an amendment that would add the refusal to follow “a lawful directive” of the county board of health or any state or county official who has executive authority over the county health department as another reason to dismiss a local county health officer.

The amendment would give a county executive ultimate decision-making power if, for example, they didn’t see eye-to-eye with a health officer on issues like mask mandates.

“We should take into consideration all of the science and health expertise that [the Center for Disease Control and Prevention has], but when it comes time to make a decision, it’s the responsibility of the elected official because they are accountable to the voters — they are entrusted with the ability to make these decision that affect everyone’s’ life,” he said.

Del. Jefferson Ghrist (R-Upper Shore) bemoaned the outcome for the lack of bipartisanship. “Not a single committee, two days before cross-over, has accepted a single amendment [from the minority party] yet. “At some point we’ve got to work together — we have to,” he said.

Del. April Rose (R-Carroll) also introduced an amendment that would require local health officers to be hired as four-year contractual employees in tandem with the gubernatorial election cycle. She said this would provide the public an opportunity to hold their local health officials accountable.

Currently, health officials are not elected but were given “broad power to shut down businesses [during the pandemic],” she said

But Peña-Melnyk said health officers should not be political employees, as the decisions they make should be based on science and data, not politics. Health officers do not traditionally turn over when there is a new administration and need to be insulated from politics, she continued.

Rose’s amendment failed in a 38-91 vote, and the measure passed second reading.

The Senate crossfile of the bill is expected to be debated in that chamber on Monday.

Delates divided on a bill that would require anyone seeking permits from the Maryland Department of the Environment to include an environmental justice score, or “EJ score,” with their application.

Under House Bill 1200, the Maryland Department of the Environment would have to provide indicators from the EJ score, such as pollution burden exposure, sensitive populations and socioeconomic factors in a public notice that the department is considering the application, according to Del. Dana Stein (D-Baltimore County).

The University of Maryland has already established a “Maryland EJScreen,” which gives an EJ score, for each census tract, and soon will do so for each legislative district, to help illustrate the cumulative environmental impacts in a particular community. The tool also includes information on communities’ socioeconomics, proximity to wastewater treatment and power plants, exposure to pollution and airborne particulate matter, and access to food and green space.

The original bill had required this specific tool but it was amended to require one developed by MDE.

Del. Mark Fisher (R-Calvert) said the bill would create potential lawsuits against developers that may create jobs. He introduced an amendment that would prohibit the Department of the Environment from using an environmental justice score when deciding whether to issue a permit.

Stein emphasized that the bill is about providing a public notice with a piece of information that residents typically do not have access to and does not have any bearing on the decision-making power of MDE. In other words, an EJ score would not ban any potential projects.

On the concern for lawsuits, Stein added that there would be nothing in the public notice that would indicate that the permit applicant is the cause of the pollution burden on a community. Fisher’s amendment failed in a 37-91 vote.

Morgan mentioned that a screening tool released by the Biden administration to help identify communities disproportionately affected by environmental hazards had not included race as a factor when deciding where to allocate resources.

“I think me and Joe Biden — we probably don’t see eye to eye on a lot of polices, but I think the Biden administration kind of got this right,” he said.

But according to the U.S. Environmental Protection Agency, the national EJScreen uses demographic indicators such as people of color, low-income populations, unemployment rate among others, Stein said.

Del. Eric Luedtke (D-Montgomery) the main goal of an EJ score is to identify such discrimination and let communities know if there could be a concentration of facilities that have negative public health effects around them.

“It is a well-established fact that in Maryland and throughout the United States and actually throughout the world that pollution is concentrated in communities of color and low-income communities,” Luedtke said.

Morgan’s amendment failed in a 34-90 vote, and the measure passed on second reading. The Senate version of the bill passed that chamber 45-0 on Friday.

Members of the Senate Judicial Proceedings Committee rehashed their debate on Senate Bill 691, which would generally limit out-of-home placement for children facing criminal charges, opting instead for community-based treatment.

The bill was the product of the Juvenile Justice Reform Council — a bipartisan committee made up of lawmakers, advocates, law enforcement and attorneys.

Sen. Michael J. Hough (R-Frederick) argued that the bill would allow kids who commit violent crimes to remain in their communities.

“This does nothing to stop community detention or other restraints,” Sen. Jill P. Carter (D-Baltimore City) responded.

Carter said that criminal justice experts have said that more harm than good is done to children and their communities when they are removed from their homes.

“Let me clear: when we say ‘no prison’ … we are still saying ‘community-based services,” said Carter.

Senate Minority Whip Justin D. Ready (R-Carroll), who does not serve on the committee, asked about the implications of passing the bill, which he said “really dramatically constrict[s]” the consequences children may face for serious crimes.

Carter said that the Juvenile Justice Reform Council heard from numerous experts who said that kids’ brains have the ability to change and adjust, meaning that they have a good chance at being rehabilitated.

Ready said that the Senate constantly contradicts itself when addressing neuroplasticity in minors, arguing that in some cases lawmakers argue that they shouldn’t be held accountable, but give them a more ability to make their own decisions in others.

“Violent crime is kind of where we need to draw the line,” he said. “When we water down consequences for … violent criminal behavior … that actually sends the message that we expect less of you.”

Sen. Robert G. Cassilly (R-Harford) argued that the Department of Juvenile Services isn’t fulfilling its mission to rehabilitate children. And, in spite of statistics that demonstrate the opposite, said juvenile crime is on the rise.

“DJS is failing their mission, miserably,” he said, adding that the bill is “really little more than an effort to white wash that failure.”

The debate was paused after nearly an hour to allow committees to vote.

A compromise had been reached by the time the bill was brought back to floor during the afternoon floor session.

Hough, who had previously said he intended to offer an amendment, withdrew it.

The amendment was adopted with no debate. The bill is poised to receive final approval in the chamber on Monday.

The Maryland Senate voted 31-15 to pass a paid family and medical leave bill on Friday that would allow new parents to take as much as 24 weeks off work for the birth, adoption or guardianship of a child and to care for themselves after a serious health issue.

The bill would create an insurance program that would allow other workers to take up to 12 weeks of sick leave a year to care for themselves or a family member. The program would be funded by contributions from workers and employers in a 75-25 split, with workers contributing more to the fund.

The approach by Senate Democrats is dramatically different than the paid leave push in the House, where lawmakers have coalesced on a plan to study the issue in deeper detail over the next year and launch a paid leave program in June 2024. The House bill passed 96-33 Friday afternoon with no debate.

Before casting her vote opposing the Senate bill, Sen. Adelaide C. Eckardt (R-Upper Shore) expressed her concern over not having “more specific numbers” to determine what the cost will be for the state.

“Once we pass a program it’s hard to roll it back, and once we promise things to folks it’s hard to take that back,” she said.

Senate Finance Committee Vice Chair Brian J. Feldman (D-Montgomery) told Eckardt that the General Assembly has time to come back next session to modify the bill.

Fourteen Senate Republicans voted against the measure and they were joined by Democratic Sen. Katherine A. Klausmeier (D-Baltimore County). Republican Sen. Edward R. Reilly (R-Anne Arundel) was not present for the vote.